Back in my salad days, it was a truth universally acknowledged that intellect was demonstrated by a wall of orange spines, interspersed with the odd bright blue (for the dessication of the mind), green (sheer escapism), red (urgent! now!) and, of course, that curious putty colour (I have a very fine mind).  All of this placed the owner many social cuts above a shelf of Coronets, NELs or Spheres, and was infinitely preferable to a row of Heron Classics, uxoriously bound in leather-look Skivertex.

And now, the putty series is celebrating its half century – Penguin Modern Classics are 50 years old. They’ve gone through a few changes, of course: 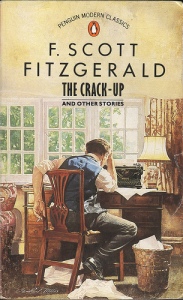 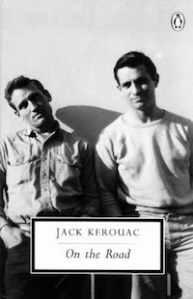 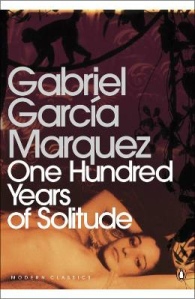 When Penguin owned the serious paperback, Modern Classic-hood was an honour carefully bestowed.  Animal Farm, not Coming Up For Air. The Loved One, not Brideshead.  I discovered some extraordinary books by the likes of Nigel Dennis and Edward Upward; I waded through Aldous Huxley, and lost patience with Sartre.

Two changes stand out now. The first is that the range is more catholic – Ian Fleming and Geoffrey Willans certainly weren’t PMC in my day (though I love them both – molesworth could be my desert island book).  And an author’s backlist tends to go 100% PMC now – Orwell, Waugh, and indeed Fleming. I rather liked Penguin knowing what was good for me – and I’ll embrace From Russia With Love as a PMC, but The Spy Who Loved Me?  Come on now.

The second change, of course, is that Penguin long ago lost first dibs on paperback publishing. Natural PMCs like Greene, Murdoch and Hemingway sit within the Random House empire, with other PMC-type authors/estates are looked after at their hardback homes – Don DeLillo at Picador, JG Farrell at Orion, Ray Bradbury at HarperCollins, and so on.

Only Random House has a challenging series, in Vintage Classics, which mixes out-of-copyright titles (because the world needs as many versions as possible of Pride & Prejudice, otherwise where would hacks find their hackneyed opening sentences) with their contracted authors.  The covers are handsome, though the design tic of giving only the author’s surname irritates me irrationally.  I got quite excited when I saw this, and thought it was a new F Scott collection…

I like my classics well-managed, with a good preface and notes.  I like the reassurance of having bought a “good” edition – perhaps this is a meaningless luxury, but book-buying isn’t all about rational decision-making.  Over the years, I’ve bought quite a few second-hand Folio editions, which are always nice to have around, and a clutch of Everymans, but both selections are eclectic.

How will all of this classicality translate into eBooks, aside from the loss of the instantly identifiable cover poking out of the young man’s duffle coat pocket (or whatever love-lorn young men wear in 2011)?  I’ve written before about how depressing free classics are; but a consistent series of intelligently priced eBook classics would be an attractive thing.  Perhaps the spirit of old Everyman could be invoked again, with a series that transcends imprint, and allows the 20th century canon to browsed, bought and enjoyed as a coherent list, so that Orwell, Greene, Huxley and Hamilton can be together once again.