My favourite books 24: London Belongs To Me 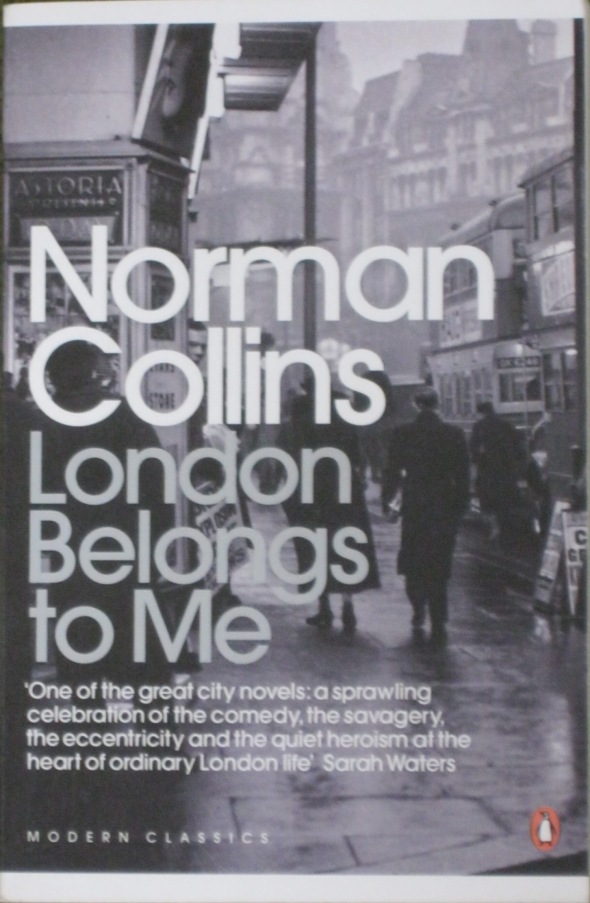 London Belongs to Me by Norman Collins

No tasteful old jacket here, I’m afraid – this is an old book, but a recent favourite.  The cover photo looks north up Charing Cross Road, from the entrance to the old Astoria.  Almost everything you can see has since vanished.

London Belongs to Me isn’t great art, but the definition of a Modern Classic is pretty broad these day; it’s a well-written, well plotted, big old-fashioned saga, built around the intersecting lives of the tenants of a Kennington lodging house, before and after the outbreak of the Second World War.  If you enjoy RF Delderfield, or movies such as Millions Like Us, you’ll enjoy this chunky and unpretentious read.

The book was a massive success, and was swiftly filmed.  Norman Collins was primarily a broadcaster – he created Dick Barton, was a television pioneer, and went on to join the board of ATV and later ITN.