Waterstones is opening a Russian language department at its Piccadilly flagship.  Called Slova, a full range of 5,000 Russian fiction and non-fiction titles will be sold from the ground floor mezzanine.  Russia is a society of great literature and voracious readers – and, of course, Waterstones now has a Russian owner.  You can read more in this article from the Independent.

Foreign language books have always been a wallflower department in English language bookshops.  Because English is the world’s lingua franca (joke), we’ve never had much patience with literature in other languages, however worldly and cosmopolitan we may be – and I’m talking about the US and Australia as well as Britain.   (Of course, I’m describing the population at large – I know that London’s literary lions devour books in Portuguese and Polish at their Tuscan pool-sides each summer.)

But compare the yards of English language fiction in any Dutch, Swedish or even French bookshop, to the sad couple of shelves we offer, often under the heading “Untranslated Literature”.   That’s “untranslated” as in “the job was unfinished”.  Worse yet, our Untranslated Literature often turns out to  the very obvious (Dumas, Simenon), or translated English (Harry Potter und der Stein der Weisen, El Codigo Da Vinci).

So, I salute the Mamut/Daunt initiative in Piccadilly, and very much hope that this is the start of something much bigger.

London, the World City, boasts a population drawn from every corner of the world.  The global village covers every demographic as well, from the bright young sandwich makers at Pret (where most of the staff were born outside the UK) to the old and the mega-rich in Chelsea and Belgravia.  Most of them shop and transact business in the West End – so perhaps Waterstones’ initiative could be just a starting point.

If we’re honest, the Piccadilly flagship can feel a little empty.  Two floors are given over to cafes and entertaining, and the circulation space elsewhere is huge.  The location has always been a little odd, in trade bookshop terms – Charing Cross Road or Bloomsbury feel appropriate, Oxford Street provides traffic, but Piccadilly…?

And now, suddenly, Piccadilly looks very well placed, however, if we recast it from being the biggest iteration of your standard Waterstones, to being a global bookshop, servicing a global clientele.  A Russian department is just a start – what about publishing from India and China, from South America, from France and Germany.  (And a dedicated Danish Crime section, of course.)

I’d be prepared to bet that sales densities would rise, and that Waterstones’ Piccadilly store could achieve new levels of world-wide fame.  Of course, a full global shipping service, easy transactions in multiple currencies, and access to the world’s pBook databases and eBooks files would also be essential, as would international events (with accompanying PR) and global village catering.  But I believe London could support a single, global book superstore – one that no longer defined itself not in terms of its UK customers.

Bookshops of the future, trading in a world where popular publishing is dominated by the eBook, will need to redefine themselves – typically by reference to their local communities.  Piccadilly’s community is the world – so, how about it?

Russia – where the book is still revered

Here’s a piece that I wrote for Publishing Perspectives about the book market in Moscow.  It was published in their London Book Fair supplement, which is full of good things; my piece is on page 15. 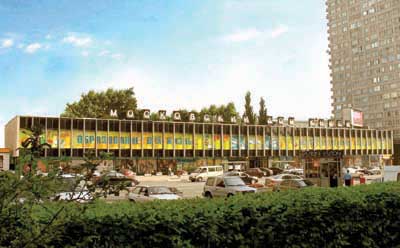 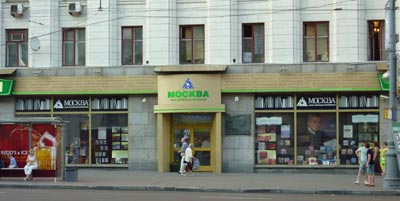 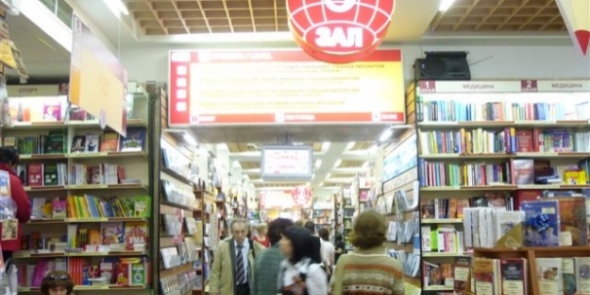 All images from the bookstores’ own websites

Another Friday, another digest.

The level of global debate on the direction of the book trade, and the impact of digitisation, seems to be unfolding by the hour, not merely the day.  So, for your weekend reading, I’ve attached a few links, as follows:

First up, a long piece from USA Today, which kicks off in an upstate New York family bookstore, and then rolls out across the nation to consider the future of physical bookselling:

Next, Book Marketing Ltd has released a rather startling piece of research which indicates that there might now be 3.5 million Kindle owners in the UK.  This sounds a little excessive – but here’s the story in the Bookseller:

At this point, the medication starts to kick in, and McSweeney’s boldly predicts a robust future for the physical book market:

Some of the stats in that piece are a little… old.  Jane Friedman dissects them here:

I’m devouring this stuff for a presentation I have to make on Monday – all hard facts gratefully accepted at this address (see contact details by clicking on About in the top right corner of this page).

Anyway, I alluded earlier this week to the iRex Iliad, the first eReader to be sold in the UK.  Remarkably, I have unearthed film of its very first appearance in London.  You can see it in the clip below – the Iliad comes into view just after 3:50.

The Russians are coming

Coming to the London Book Fair in April, that is, as this year’s Market Focus (http://www.londonbookfair.co.uk/page.cfm/link=156).  Parties are touring the established, well-known stores, but I’ve been asked to recommend other shops to visit.  Picking out LRB and Daunt was easy, and I’ve also pointed them in the direction of Under the Greenwood Tree, the great new children’s book/toy shop on Clapham Common.

Your suggestions would be appreciated.  Only rule is that they need to be easily reached by tube or (at a pinch) a suburban train.  Look forward to hearing from you.

I am watching: Some great little book programmes on BBC Four.  The interviews with Woolf, Huxley, Greene, Waugh etc that went out in the middle of the night on Monday were particularly good.  Apparently the BBC wiped every last minute of any programming featuring George Orwell…