On the Beano, the New Musical Express, and why tomorrow is more exciting than yesterday

Couple of Guardian stories over the past couple of weeks:

Today, we learnt details of a National Literary Trust survey, which tells us that websites are of more interest to children than comics.  No surpise there – in the 1950s, the Beano had a weekly circulation of over 2,000,000 copies per week; today, it sells under 50,000. 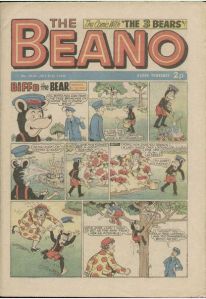 Turning the Guardian’s numbers to the good, 87% of children had read at least one book in the previous month, over 80% have been given books as presents, and over 90% have visited a library at some point.  Given all we read about dumbed-down exams and feral kids, you could be forgiven for expecting much worse.

What’s important is that children are reading and communicating; absorbing information and ideas, and developing their own world-view.  There is plenty to improve upon in England’s state education system,  and little to support complacency, but literacy appears to be thriving among most school-children. 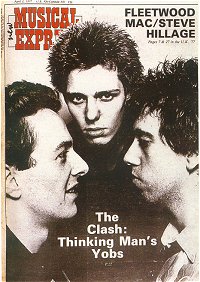 Last week, it was reported that the New Musical Express now has a circulation under 30,000 a week.  This compares to 300,000 in its mid-70s heyday; it’s now the only rock weekly, whereas 35 years ago it competed head-on with Melody Maker, Sounds and Record Mirror.  In the 70s, rock music achieved its broadest social impact; record sales were vast, and the thoughts of Bob Dylan, Neil Young, David Bowie and John Lydon pored over by milions.  Pop has moved on, and whether you believe that’s for the better or not is irrelevant; it’s changed, and that’s that.  I was talking to my teenage daughter at the height of the London riots, and had to explain the idea of a protest song – there is no new Joe Strummer, and pop now sits in the politics-free celebrity bubble.

Hardly surprising, therefore, that few young people buy the music press any more (whereas those that grew up with it consume Mojo, Uncut, The Word etc, in the same way as adults who had experienced the comics heyday used to buy Viz).

Sometimes I sound like a grumpy old bear, mourning the loss of bookshops and the slow death of the media I grew up with.  But every generation has experienced some version of this, at least since the mid-19th century.  I’ve written about the decline of music halls, silent movies, super-cinemas and super-bookstores, and I could write more about pirate radio, three-channel TV or sport before Sky, if I felt so minded.

But change is a constant, and if the past has taught us anything, it’s that what works today may not work tomorrow, and will not work forever.  What’s exciting about today’s explosion of change in communication, art and technology is the potential move from established, understood long-form content (novels, TV series, music albums) to new and uncodified forms.  Anybody participating in the creation and exploitation of these new art-forms is going to have a stimulating life.  There may not be a John Lennon, and there may be little interest in Dennis the Menace, but there will be new voices and new channels.